ROLLING STONE ONLINE for all the minidisc sessions

On Monday, Radioheadofficially (and begrudgingly) released Minidiscs [Hacked], a 17-hour deep dive into the OK Computer birthing process courtesy of Thom Yorke’s own minidiscs. As the title suggests, the Bandcamp file dump came nearly a week after the 18 disc-length mp3s leaked onto the internet.

While the origin story of the leak is still unclear – the band themselves mention that the files were“reportedly” ransomed for $150,000 by a hacker – the edited-down minidiscs served as a foundation for the cassette included in the deluxe edition of the OKNOTOK 1997 2017 reissue.

The song “Attention” appeared, for the first time ever, as a Yorke 4-track recording on the OKNOTOK cassette.Minidiscs [Hacked]reveals just how much attention the band was actually giving to the track: While no final studio takes leaked, the song appears 10 times on the minidiscs, from acoustic snippets to band rehearsals. The best of the bunch is the “Attention” that appears on the first minidisc, a full band run-through recorded during a Portland soundcheck that teases the potential of the ultimately never-revisited song. 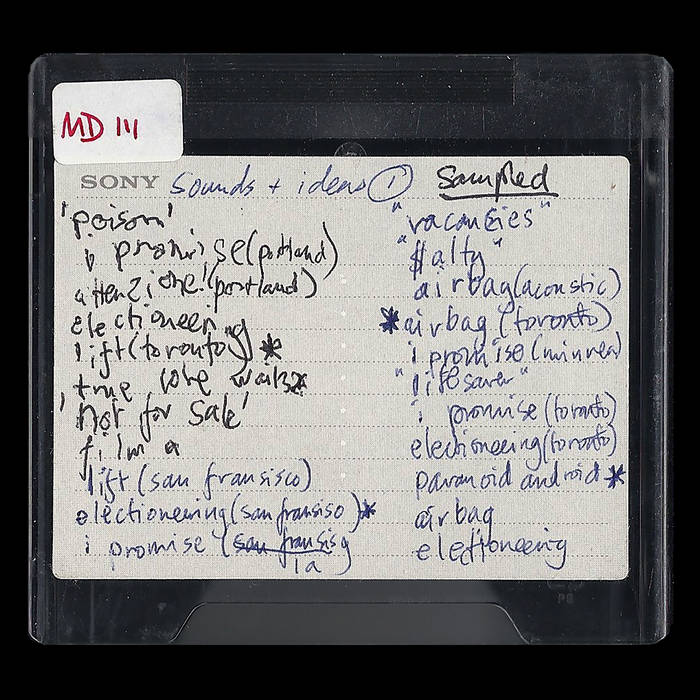