Ozzy is inviting his fans to go "Straight To Hell." The singer's web site has uploaded a postcard for a mysterious event which will begin Thursday night (November 21st) at midnight Pacific Time and will apparently be the online premiere of Ozzy's next single.

If one clicks on the postcard, it takes you to an image of the Ozz holding a snake along with options to pre-save the song -- which is presumably titled "Straight To Hell"

Earlier this month, Ozzy released "Under The Graveyard," his first new solo music in almost 10 years. It was the first introduction of new music from Ozzy's forthcoming 12th studio album,Ordinary Man, due out on Epic Records in early 2020.

Ozzy is scheduled to make his first live appearance of 2019 this Sunday night (November 24th) when he performs with Post Malone at the American Music Awards. The Black Sabbath singer will then resume his "No More Tours 2" trek in early 2020, having postponed this year's entire run of dates due to illness and surgery. 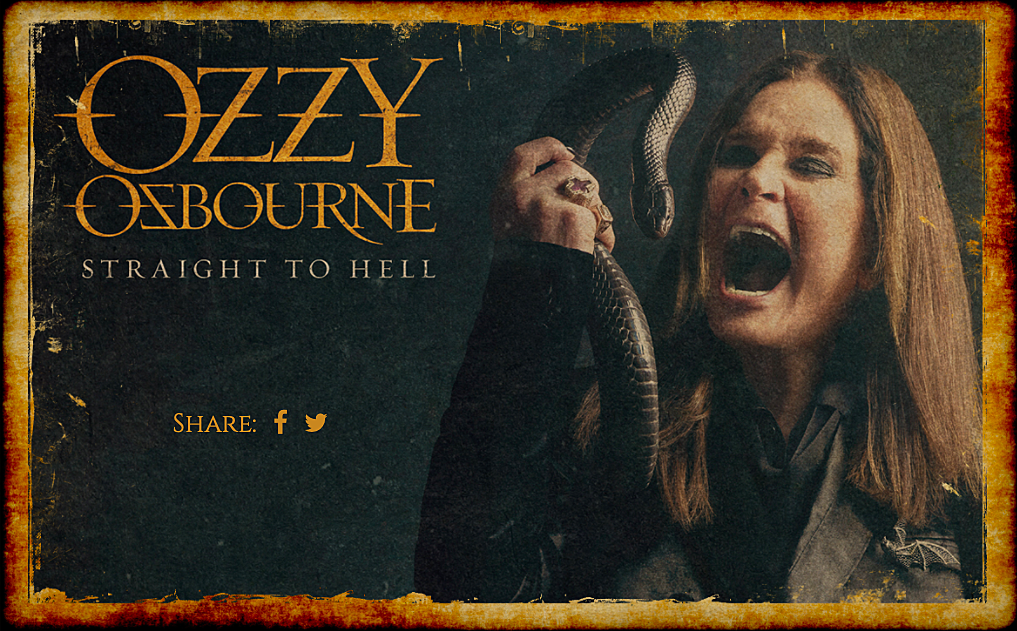