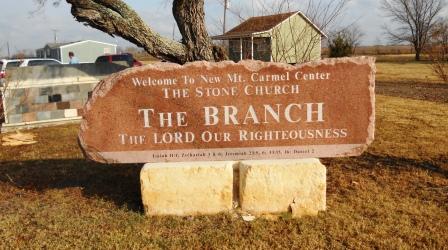 The Bureau of Alcohol, Tobacco, and Firearms was trying to disarm the religious group that lived there, but those efforts led to a shootout. By the time a ceasefire was negotiated four ATF agents were dead along with six Branch Davidians.

David Koresh was born Vernon Wayne Howell in Houston, Texas in 1959 to a 15-year old single mother. He never knew his father and was raised by his grandparents. In his late night conversations with FBI agents during the siege, Koresh described his childhood as lonely. He said the other kids teased him and called him "Vernie." He was dyslexic, a bad student, and dropped out of high school. However, he had musical ability and a strong interest in the Bible. By 12, he had memorized large tracts of it.

He was WELL KNOWN musician in the Waco area playing around town and handing out his "card".

21 Children Survived - In a 6 part series - they told their story.