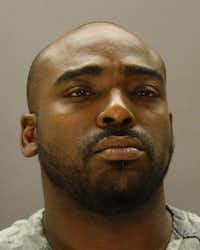 A standoff with a gunman who had wounded a neighbor and a Dallas firefighter-paramedic who came to his rescue ended Monday when the shooter and an older man were found dead in an Old East Dallas home.

Family members identified the gunman as Derick Lamont Brown, though police have yet to officially confirm that.

Brown, 36, had a lengthy criminal history and was chairman of the New Black Panther Party in Dallas in the early 2000s.